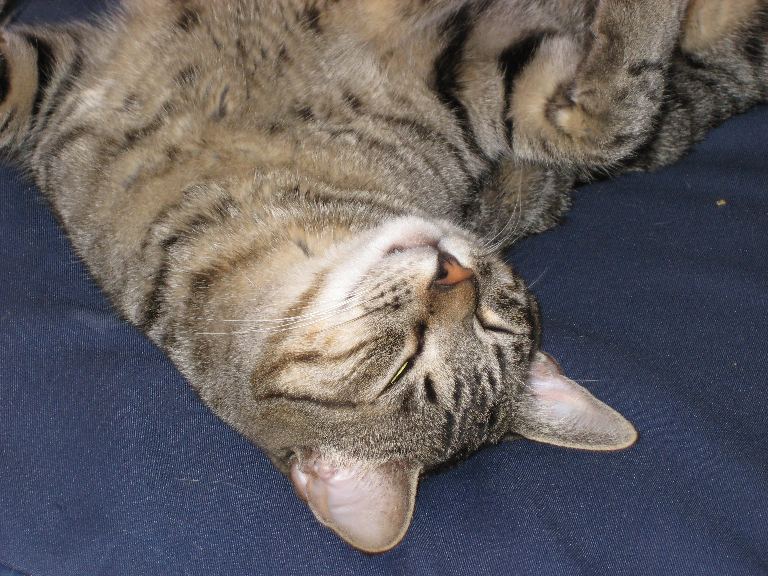 Those of you who pay attention to such things may have noticed a radical slowing in my rate of posting.

It’s my son’s fault. He has infected me. With laziness.

Next week, he starts school. (I know, it’s a cruel time to begin.) Over the last month, he has practiced the art of going to bed further and further past midnight, getting up later and later in the morning, and, in the interval when he’s awake, doing less and less.

Can I blame him?

No. I remember my own childhood, when the days of summer stretched out seemingly endlessly, filled with nothing but what I wanted to do. As the start of school grew closer, I wanted to savor every moment, not, as my parents might have suggested, “get myself in the swing of things for school.” Since he’s starting high school, this may be one of his last carefree summers.

The down side for me has been that his studied relaxation has infected the house with a kind of torpor I associate with sleeping sickness or chemically induced naps. Trying to execute my industrious plans—for finishing the first draft edit of my novel, for getting started on the next phase of marketing for Dance of Souls—suddenly feels like wading through peanut butter.

I’m not alone in these dog days of August. Several fellow bloggers (Tracking the Words, The Girl in the Cat Frame Glasses) have mentioned that they’re taking time off. So I’m not too worried. I have a short vacation coming up next week. When I get back, I’m anticipating that, even though the calendar will still say August, I’ll be in fall startup mode and back to my usual snap-to-it productivity.

P.S. The cats aren’t exactly adding to the energy level around the house.

My last update anticipated this slowdown. I said, “I am probably not going to make my goal of a complete edit before handing off to my writing partner, who wants to take the manuscript with her on vacation in early August. That’s okay. I will edit for the next week and print whatever I have for her at the beginning of August.”

When August rolled around, I wasn’t quite ready. Admittedly, part of this is wanting to do more. I finished the once-over edit of the entire manuscript. The problem is that I identified three chapters that need major additional writing. Sigh. Thankfully, she let me off the hook by letting me know she probably wouldn’t have a chance to look at it during her vacation.

Given the schedule challenges outlined above, my new goal is to finish by the end of August. That’s one chapter per week.

I can do that—as soon as I get up off the couch and rub the sleep from my eyes.