Goodreads authors can now enable the “Ask the Author” feature, allowing readers to submit questions to their favorite (or maybe no-so-favorite) writers.

When I heard about this, the acronym “AMA” came to mind. AMA is Reddit’s “Ask Me Anything” open question forum where everyone from Guillermo Del Toro to President Obama can answer questions of all kinds.

The fact that it took me only two conceptual leaps to arrive at this place may be partially due to recently hearing an interview with Brian Knappenberger, the director of a new film about Aaron’s life, “The Internet’s Own Boy.”

And I may have gotten there so fast because I too have a boy, a boy who is now just a decade younger than Aaron got to be and only a couple of years shy of Aaron’s age when he helped build Reddit. My boy, too, is at home on the Internet. He has a different set of interests and skills, but reading Aaron’s parents’ reflections about their son after his death gave me chills.

Having arrived at this place of sober contemplation, the idea of readers asking authors questions on Goodreads seemed suddenly lacking in gravitas.

But of course it’s not, or at least it doesn’t have to be. Sure, readers will ask their share of silly questions, like what authors eat for breakfast or whether they write in their bathrobes.* But the potential is there to engage at deeper levels. 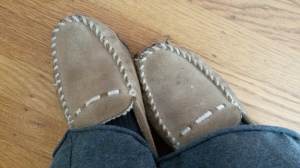 The things I write about—searching for meaning in life, how we find the will to live in the face of the vastness of the universe, making meaningful connections with other human beings—go to the core of what it means to live and breathe on this earth. Questions asked of an author have the potential to matter as much as any others.

So go ahead: ask me anything—below, on Goodreads, Twitter, or Facebook—wherever suits your fancy. I’ll do my best to do justice to your questions.

Another way to stay in touch

If you’d like to hear about what I’m working on before the world at large and get advance information on upcoming publications, just sign up here.

6 thoughts on “Ask me anything (really)”

The next month of sessions begins October 24!