Being in the presence of a diva can be intimidating. Fortunately, the author of today’s guest post, Arlene Miller, is anything but.

Even as I wrote that last sentence I worried there’s something wrong with it. Will I hear from her about how it’s constructed? Is there a prohibition against ending a sentence with “but?” And should the question mark go inside or outside the quotation mark? Inside, in this case, I think—but I’m never sure.

That’s why I’m glad there are people who make it their life’s work to know these things. In her ten grammar books and on her blog, Miller approaches tricky grammar issues with humor and straightforward language. Everyone who writes—or anyone who is interested in language—would be well served to read her books and subscribe to her blog.

I’m excited to bring you some word fun from The Grammar Diva herself.

The English language is alive and well—and changing. And that is probably a good thing, as much as grammarians like myself resist some of these changes. However, this post isn’t about grammar and punctuation “rules” changing (they really don’t change that often); it is about words themselves adapting to societal changes. Think about George Orwell’s 1984: Big Brother was trying to make the language smaller because the fewer ways we have to express ourselves, the fewer feelings, thoughts, and opinions we can express. And that is a bad thing.

Words and their uses change in many ways. Here are just a few of those ways:

These examples are not actually new, but are slang definitions of common words:

epic: The usual meaning is “heroic or unusually majestic,” but you might come home from a party and describe it as being “epic.”

crib: It is where a baby sleeps, but it also means “where I live,” as in “Come see my new crib; it’s epic!”

ride: It still means what you think it does, but it also refers to “my car,” and usually a nice one. “Check out my new ride.”

blast: While it still means an explosion, it also means a severely fun time. “That epic party was a blast!”

hangry: You are so hungry that you are angry.

mansplain: To explain something to a woman in a condescending or oversimplified way.

chug: the chihuahua-pug and all other hybrid dogs have resulted in combo-words.

Words with New Parts of Speech

Use Nutella and you are “spreading the happy.” (Well, who wouldn’t agree with that one!) But what is “the happy”?

Buy makeup at Sephora and you are “celebrating your extraordinary.” Notice on this one that if you mistakenly use you’re instead of your, it all makes sense and extraordinary is back to being an adjective!

Connect to the internet with AT&T and you are “rethinking possible.”

We used to have friends. Now we friend people, usually on social media. Many times we don’t even know these people.

A network used to be something we watched on television. Then it was something we belonged to. Now we actually have to get up and do it!

Many words have taken on additional meanings because of social media and technology.

Whenever someone talks about their data being stored in the cloud, I still look up at the sky and imagine a big cumulus cloud filled with “stuff.” But the cloud is just a big room filled with computers.

Bandwidth has always been a technical term, but now it applies to humans too, as “I don’t have enough bandwidth to remember all this information.” 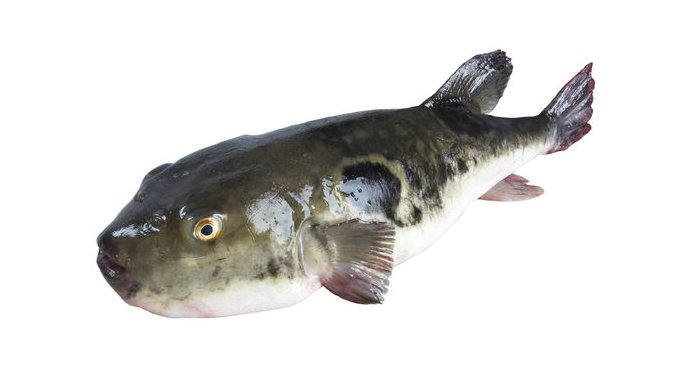 Catfish isn’t just dinner anymore.  It is making up a fake profile and pretending you are who you aren’t on social media.

I might take a swipe at you. Or I might just swipe my credit card through a machine. That is, if it doesn’t have a chip. And I don’t mean potato chip.

Remember when a troll was a little funny-looking doll with wild orange hair? Well, now you can be trolled by a troll who is posting things to you on social media to cause a reaction.

A tag gives you the price and washing instructions for your new purchase. It’s also a kids’ game. But now it is also a verb meaning to identify someone on social media.

Your car was blocking my driveway. But now I am blocking you on Facebook because I don’t like your opinions.

Footprints used to be simple, although they could be used as evidence in crimes. Now they are ecologically significant as well.

Your prominent nose used to play a big part in your profile. Now your profile tells more about you than your nose and chin.

We never used to want to catch anything viral. Now we all want to go viral.

If you get tired of all this newfangled language, all you have to do is unplug for a while. And I don’t mean the toaster.

And a Couple of Weird Things

We may have learned in elementary school not to begin a sentence with because. Of course, that isn’t even true. The teacher was just trying to prevent us from writing a sentence fragment (Because I said so.). Now, because has taken on a whole new weirdness: I am tired because homework. What????  Aren’t there some words left out there?

“It’s a thing” is now a thing. (I hear this particular “thing” comes from the television show The West Wing, which I never watched, so I don’t know.)  Yup! Avocado toast is “a thing” now.

P.S. The Oxford English Dictionary is updated quarterly, with over 1,000 words added each quarter. So if you don’t like the words, wait three months!

Arlene Miller, The Grammar Diva, is the author of ten grammar books, a self-publishing book, and a novel. Her newest book is To Comma or Not to Comma: The Best Little Punctuation Book Ever! Arlene’s easy-to use and friendly grammar books clear up common grammar issues and are used by many schools and colleges. In addition to writing books, she writes the weekly Grammar Diva Blog post about grammar and words. She also copyedits both fiction and nonfiction and offers grammar and business-writing presentations and workshops. She holds degrees in Print Media, English, Humanities, and California teaching and school administration credentials. Originally from Boston, she lives in Petaluma, CA. Check out her website at www.bigwords101.com.

And now for some stories

If you’d like some words arranged into stories, my latest book of fiction, Tiny Shoes Dancing and Other Stories, is now available from various booksellers.